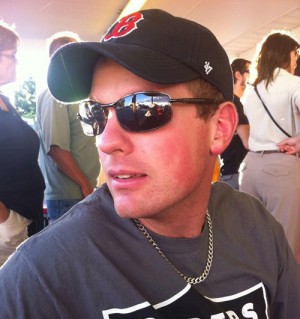 Family: Wife, three step-daughters, one cat, one dog and one bunny rabbit!

Favorite Food: ALL THE FOOD! (Except tomatoes and mushrooms. Ick!)

Movie(s): This is hard! I own over 300 movies! But a short list: Batman Begins, The Dark Knight, The Dark Knight Rises, Hook, The Usual Suspects, Memento, The Silence of the Lambs, Thor, Halloween,Man of Steel, The Many Adventures of Winnie the Pooh, Ghostbusters, Raiders of the Lost Ark, Indiana Jones and the Last Crusade

Books: Another really tough question! Pretty much everything by Stephen King, The Autobiography of Santa Claus by Jeff Guinn, The Many Adventures of Winnie the Pooh by A.A. Milne, Wicked by Gregory MaGuire, God, No! And Every Day is an Atheist Holiday by Penn Jillette, The God Delusion by Richard Dawkins, the entire Harry Potter series.

First Album Purchased: I THINK it was “Weird Al” Yankovic’s Greatest Hits, Vol. 2, but I’m not entirely sure!

Favorite Place in the Champlain Valley: My own home. Only because I don’t spend enough time there so when I AM there, it feels pretty special!

What would you do if you weren’t on the radio?: Unfortunately, I DO have another job besides radio. I’d LOVE for radio to be my full-time gig! BUT, I’ve also always wanted to write a few books and I’m a certified personal trainer so that being my full time job would also be awesome

Band(s) you’ve always wanted to see live: At this point in my life, I’ve seen every band I’ve ever wanted to see live, most of them more than once. I’ve been to a lot of concerts. It’s one of my favorite things to do.

Something you do too much: Correct other people’s pronunciation of words and grammar.

Yankees or Red Sox?: The Red Sox and whoever beats the Yankees!

It seems we can't find what you're looking for. 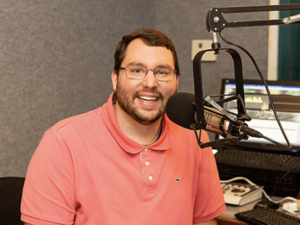 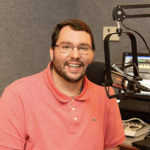 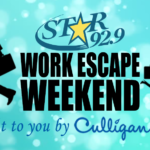 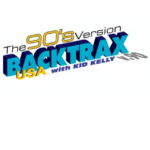