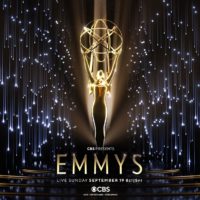 The Emmy nominations are in, and it’s clearly a win for “The Crown” and “The Mandalorian.” Those shows tied with 24 nominations each. “WandaVision” got 23, and “The Handmaid’s Tale” picked up 21.

Also having a good day was the Apple TV+ comedy “Ted Lasso,” which earned 20 nominations, a record amount for a freshman comedy. It tops “Glee,” which previously held the record witih 19 in 2010.

Meanwhile, streaming services also came out on top. HBO and HBO Max combined to take a total of 130 nominations, followed by Netflix with 129. Disney Plus had a significant jump from last year with 71 nominations in its second year of eligibility.

On Air Now
Mike and Mary