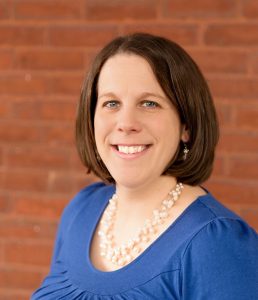 When I was on leave with little baby Charlotte, we both had a lot of learning to do. She had the basics, eat, sleep and fill diapers. I had the harder part of helping with all of that but navigating how to nurse, care for her, figuring out what she needed, is she sick, uncomfortable, establishing a routine to help her sleep better, how to swaddle her …and…so…much…more.

So much so that I took that stupid ‘What to Expect’ book and threw it in the corner. I discovered a treasure trove of Facebook groups for new moms, natural parenting, lactation support, undersuppliers support, exclusively pumping….I’ll stop there because it’s a serious rabbit hole. I mean what else was I supposed to do when she was going through a ‘I don’t want to be put down while I’m sleeping’ phase? I thought for sure I found all the answers I had been looking for. I did. But too many.

The problem started before I even went into labor. She was early and every class I had booked for support took place AFTER she was born. Seriously who needs a hynobirthing class 3 days postpartum? I realize now, I missed out on a lot of what new Moms get for classes and pre-birth support and now I was navigating it on my own. I wasn’t 100% sure where to look when I contacted friends and they didn’t know because they had a different birthing story and parenting techniques than what I had.

Instead, I chose to poll the vast majority of women who had been in my exact situation, who live 1,000’s of miles away through the magic of Facebook. Which was great! I could post ‘Hey ladies! I’m experiencing X, anyone else have this issue?’ Minutes later 20-30 other Moms weighed in on the situation. At first it was an awesome tool. But then rules and catty attitudes set in. I recall a post I made on several groups because I didn’t know where to look.

My lactation consultant basically quit on me and told me to go to formula as I had been trying to understand pumping and nursing for nearly 3 months and was stressed. (In hindsight, I see all the mistakes I made and where things were missed and I’m slowly allowing myself to become at peace with that through the advice of someone I met with recently.) I turned to Facebook groups and I recall asking about Reglan (that’s a prescription to help with lactation when everything else has failed), I explained all the things I had been doing, pumping schedule, latching supplements people recommended etc.

The response I got floored me…and left me in tears of desperation and hurt.

I had never felt so small.

After being bullied as a child, comments (in person or online) hurt in a different way. It’s deeper, and you carry it much longer. That was months ago and it’s only as I write this now I’m able to get (more or less) over it. Since then I’ve unsubscribed to multiple groups.

Goodbye exclusive pumping group, natural something er other group, the breastfeeding group, the group full of haters, the forum of judgy moms, the posts made from your high horse looking down on us all because YOU sister clearly have it all figured out and everything you do is perfect and we are all in the wrong….*sigh*…

You get the idea.

The feed was getting overwhelming. Every time I opened up FB, there was a post from someone followed by a list of comment that were either judging or advice that didn’t help (like someone saying ‘I can’t nurse…’ and a comment of ‘how she should really try nursing’.) It got to be too much.

It’s important to be kind and stop judging. Your words fly off the keyboard very easily and into the eyes of someone who is vulnerable and scared. And who doesn’t need to feel like a bad Mom at 3am when her baby is crying, or a diaper doesn’t look like the right color, or won’t latch. It’s very easy to throw a ‘how dare you’ comment online but the person reading it, didn’t need to hear it.

Would you say that to their face? Didn’t think so. (Thankfully everyone in our ‘Star Family’ is amazing…it’s those cranky, judgy Moms posting from the west coast in her perfect world that likes to rip apart new Moms at the seams on FB groups.) My advice. Join the groups for help/advice. But the second someone turns or starting judging. Leave. If you walked into a group and before you even said ‘hello, my name is’ someone called you a bad parent…you’d probably walk right back out the door (I know  would)