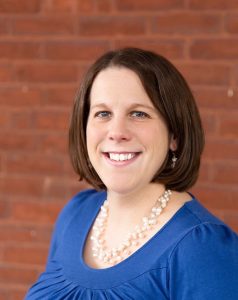 I’ve been super stressed lately, my ‘circle of support’ (friends, family, etc) have all told me I need to relax and let it go. I had no idea that letting it go would be in form of sobbing on a Sunday afternoon at the kitchen table. But you know…it felt great!

Over the past few months, little did I know, I had been carrying a lot of stress from just information overload. I thought I was processing it ok but I wasn’t. Back in August, my doctor’s office had me monitoring my blood sugar levels to make sure I didn’t have gestational diabetes (which left undetected or controlled could be bad). I was set up with a specialist, asked to see a nutritionist (who could only had time available 1-2 weeks before my due date…which doesn’t make any sense), specialist discovered my blood pressure was elevated, regular doc confirmed, now on top of GD, they’re worried about gestational hypertension, pre-eclampsia and told me I should be seen twice a week, ultrasound once a week and what’s called a non stress test once week where I’m strapped to a machine and they monitor baby’s movements and heart rate for 20 minutes at a time. There were a few other potential issues and illnesses they thought I might have, I forget what they were but I just kept hearing the words ‘induce early’ over and over again. Yea…scary.

So this is my new view once a week: 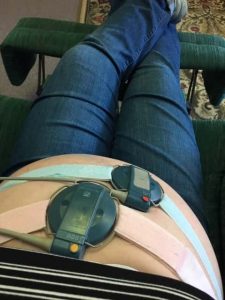 They’ve run a litany of test on me in the past few months…all have come back negative. Thank goodness! The latest has been the blood pressure…It scares me that I could be induced early. It scares me that high BP could be a precursor to all these terrible things.  (I’ll spare you all the things I’ve heard and have researched that could happen…it’s the stuff of nightmares). I had an appointment with the specialist set up for this week but over the weekend…it’s all I thought about. It kept me awake at night. I went out and got a blood pressure cuff and then got ANOTHER because I thought the 1st was cheap and inaccurate. You know what happens when you’re stressed about your BP, you take a BP reading, it’s elevated, you take another reading and it’s even more elevated…YOU STRESS OUT MORE!

Out of nowhere, I’m sitting at the kitchen island, resting in between projects of washing onesies, blankets, organizing and painting trim in the nursery…and I start to sob. My husband gives me a big hug, and in between tears I manage to squeak out ‘I *sob*…don’t…*sniffle* to….DIE’. Everything came out, all the stress, tests, doom and gloom I had been harboring, fear of what would happen to me if something went wrong, and that fact that I had been trying so hard to get my blood pressure levels to come down but I just couldn’t.

And you know what? I felt better! I felt like a weight had been lifted. I had no idea I had been bottling all these emotions and stress up inside. When I would say ‘it’ll be all be ok’…I was saying the words, THOUGHT I was letting it go but I guess not!

I finally met with specialist and as cool as a cucumber she said ‘ok…you have high blood pressure/gestational hypertension. But that’s it. You don’t have any other alarming symptoms. We’ll just watch things. The national average of women in your scenario, yea, they’d been induced at 37 weeks (next week!) but you, as an individual…when I look at you, I don’t see an unwell person.’

I guess sometimes they’re right…you just needed to have a good cry.